A Brief History Behind and Overview Of the Experience, Knowledge and Leadership...

LEARN...
Get Superior Training! Properly trained technicians pave the way for your company's success. Never waste time or energy worrying if your technicians can do the right job...the first time! Accurate, timely results make for contented clients...clients that call you back with more business rather than complaints.

LEVERAGE...
Get the Advantage of Knowledge! The more your technicians know, the better qualified they (and your company) will be to meet a wider range of project requirements. Build a reputation of "can do."

LEAD...
Get Ahead with Excellent Service! State of the Art training will enable you to exceed your client's expectations. Gain greater market share by deploying confident, competent technicians who know how to apply the latest and best practices within the industry. 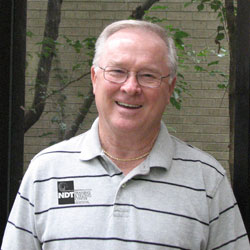 Some folks have commented in humor that the middle initial "T" of Paul's name stands for "training." Though not the case, training has been both a hallmark and a watershed concept in Paul's professional life in nondestructive testing. Paul describes his introduction to NDT this way:

"Within three days of being hired, I was performing unsupervised Shear Wave weld inspection of piling splice joints on an offshore complex. That's the way things were in 1968, and that's how things were with the company I went to work for - fast and furious, but not always right! The opportunities were genuine and plentiful - plentiful for improvement, that is!"

From those early "fast and furious" days when "over-night wonders" were not uncommon, Paul developed a deep appreciation for the need of and passion for training. That passion carried through the 20-year history of his own NDT service company, Ultrasonic Specialists, Inc. (USI). In fact, USI was noted for having an unsurpassed training program that produced professional technicians who were able to provide testing services that could be trusted.

Shortly after the sale of USI to Longview Inspection (now Acuren), Paul knew the need for quality training was essential in the world of NDT and consequently founded NDT Training Center in October of 1993.

NDT Training Center has witnessed a number of transformations since its inception in October of '93; from Holiday Inn meeting rooms and a one person, home-office to a state-of-the-art facility with up-to-date equipment and multiple instructors. These changes were designed to allow delivery of ever better training, qualification assessments and administrative services in nondestructive testing to the industrial community, not only in the Houston and Gulf Coast area, but nationally and internationally as well.

The campus is conveniently located in Northwest Houston just inside the Sam Houston Toll-way (Beltway 8) and the Northwest Freeway (State Highway 290). We believe our facility provides a great learning environment for both the seasoned inspection professional as well as those new to the quality control and nondestructive testing disciplines.

External changes notwithstanding, the core philosophy of NDT Training Center remains the same: to better prepare technicians to become academically and technically proficient with the ability to embrace integrity of character as well as understand the importance of their profession in order to produce the observation, application and analysis required by the industries they serve and the public they keep safe. 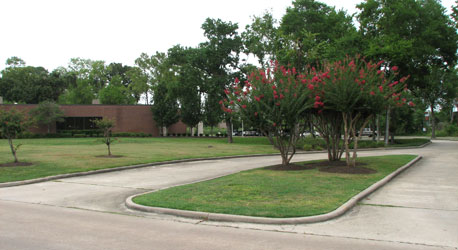 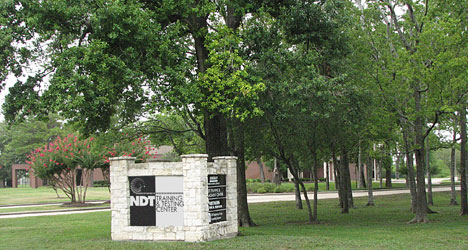